Meet Kathy and Read Her Story 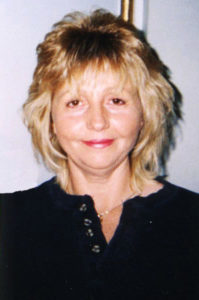 Growing up in New York, Kathy Lancaster spent every long, cold winter bundled up in hats, gloves, earmuffs, scarves and big coats so she could play outside. As she grew up, some of the components changed and got more fashionable, but some elements remained the same – pieces designed for warmth, rather than style. Burrr!

After Kathy got out of school, she dove into the business world, working at a major retail chain in their customer service department for 40 years. She rapidly rose through the ranks, quickly becoming the Customer Service Manager for the chain. She supervised a huge department; recruiting and hiring the staff, running Front End Operations and handling a non-stop avalanche of paperwork and administrative tasks, all while garnering numerous Top Ten Performing awards and learning everything she would need to know in order to run her own company one day – Her Big Dream!!

A couple of years later, Kathy was looking at old family photos. She found a wintertime photo of her in a huge, fluffy black hat with a big pompom on top and a big woolen strap under her chin – and all she could think about were all the geeky hats, earmuffs, earbands and scarves she wore every winter to keep her head and ears warm in the harsh, East Coast weather. She thought about having flattened “hat hair”; static electricity flyaways, hair tangled up in the headband of nerdy-looking earmuffs – all the woes of winter stresses. Looking again at the photo, Kathy couldn’t believe she walked around wearing all of those bulky things; she thought: there has to be a better way to keep ears warm – without looking geeky and without ruining your hair!

Kathy thought more about this and realized that there was an idea she could really grab onto – there was no fashion forward way to keep your ears warm and maintain your hairstyle at the same time. She had seen some earmuffs in the past, but they looked funny, obvious and unsightly. Kathy knew she could come up with something better; and with her business management knowledge, she wasn’t worried about getting this idea up and running. Then, Kathy had a breakthrough idea: to take bandless earmuffs and attach synthetic hair, so that, when being worn, they blend seamlessly with a woman’s own hair color – voila! The idea worked – they were invisible! Hairmuffs by Kapelli “Hidden” Earmuffs was born – a line of discreet ear muffs that keep you warm and toasty and, best of all, leave your hair looking beautiful.

Kathy’s idea met with immediate success; everyone who tried them loved them. Kathy developed eight different shades as well as three different sizes so that they’d work for any woman. The Hairmuffs by Kapelli “Hidden” Earmuffs started selling so fast, Kathy had to move her manufacturing to China in order to keep up with the demand. The earmuffs have appeared on The Tonight Show with Jay Leno, The Ellen DeGeneres Show, The Today Show with Kathie Lee Gifford and Hoda Kotb and The Steve Harvey Show.
Hairmuffs by Kapelli “Hidden” Earmuffs is poised for nationwide success. Kathy is happier than she’s ever been. And yes, she’s looking forward to another New York winter – this time with gorgeous hair and warm ears!

The only hidden ear muff for women

Enjoy the feeling of freedom. That’s the feeling we wanted
to capture when we designed Hair Muffs by Kapelli.